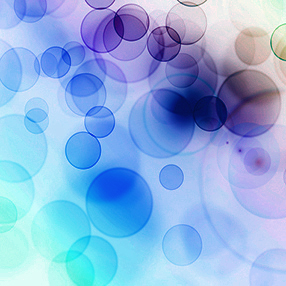 Some of us are thin, some are stout; some are low, some are tall. But when spermatozoon penetrates ovule no one can know its future. So far no one can see it that would soon be called a human being. But it will grow with each passing second, to turn into the most perfect body on the Earth.

Telling that it will grow, I meant the division of cells. So the first cells to appear out of those two are called totipotent(“potent for everything”), which means they are the most strong and important in the organism. Over long-long time which actually is just a few days, dividing cells form a ball of a few tens or hundreds of cells. This form is called a blastocyst. The blastocyst is an early stage of embryo development in mammals. This form characterizes with the stem cells. Still they’re only embryonic stem cells, that need developing, but nevertheless. The chits are unspecialized, thus they constantly divide and convert themselves into all the necessary cells of 220 types. By now they are not that mighty, so they are called pluripotent (“potent for many”). The mature cells are restricted to specific functions and are responsible for this or that organ (erythrocytes carry oxygen throughout the body, neurons transmit signals to each other, which appear on the interaction with the muscles and glands.)

Though, the unspecialized cells stay with us throughout lives, to help our hair grows and skin regenerate. So that all our body can be repaired and updated there are adult stem cells in us.

It looks like a call to 911: something gets damaged in our organism and stem cells hurry there to rebuild, to renew, to save. But no one’s calling in fact, they just know.

In fact their missions are not that rare as it may seem. Erythrocytes get old in 120 days and need to be replaced. Otherwise, we won’t be getting proper amount of oxygen. There are hematopoietic stem cells right for the case. They can be found in bone marrow. And if you realize the number – 350 million(!) – new erythrocytes a minute, you’ll understand the value of the cells for our lifes. The somatic cells also need regular replacement: every 10-15 days for liver, 1-3 days for blood cells.

By this time you probably got to the questions like why we still get ill and age and die, if we, like gods can regenerate forever?

The scientists still wondering, how the cells get out of the bone marrow and heal us. They used to believe that they just replace the damaged ones. Well, in some way they do, but the latest researches has given an idea of some kind of ‘healing’ of the ‘hurt’ cells instead of complete replacement. As if by the moral support, they stimulate recovering process. Like that, the envoys of the adult stem cells stimulate both healthy and hurt cells, this why the tissue becomes stronger than it used to be. This gave a start to the belief, that the redundant stimulation begins an endogenous regeneration. The cells start circulation-enhancing and anti-inflammatory processes. An example of this are new arteries made to grow.

All of these discoveries have given the chance to cure a wide variety of patients. Including those ones, who have not previously had a chance to salvation.

The following (degenerative) diseases can now be treated with Stem Cell Therapy:

First of all, by phone or e-mail, you can make an application. Then our specialists explain to the patients what the procedure means and give recommendations that must be followed before it. Then the patient must send his treatment history. On its basis doctors can decide whether the stem cells operation is appropriate. If it is possible, the patient will get all the information on the therapy and price. It can vary from patient to patient, according to the level of its complexity. Then goes the appointment for the bone marrow extraction, which is scheduled according to doctor’s time and patient’s solvency. The procedure is invasive, so it’s under patient’s responsibility not to take anything blood-thinning (especially, medicines) for ten days prior to admission. Before this you need to consult your doctor, to know whether you can stop treatment.

It consists of several stages. They are:

Risks with the usage of adult  stem cells are negligible, so as the procedure is carried out with the help of latest technologies and according to the principle of “Good Manufacturing Practice”. All the situation is quite similar to the standard operations. The risk of rejection is nil, because the cells are the patient’s own ones.

If patients come for the cell transplantation operation from abroad, we meet them on arrival and help to get to the hotel and our laboratory. All the moves to the laboratory and back will be stipulated and agreed beforehand. As a rule they stay in the hotel, so as they don’t need 24/7 tendance. Those who need it will be provided with necessary professional care. Everything is of high service, because we care about clients.

The procedure takes half an hour and is made by one of our physicians. The sample of cells is taken from the bone marrow in the hip bone. After to the area, where puncture will be performed, the local anesthesia was made, with a thin needle doctor extracts about 200 ml of the matter. Anesthesia can be a little painful, still it’s better to endure this slight pain, then to experience the pain of intake of the bone marrow. Children pass the procedure under general anesthesia. After it the patient may return home right away.

Isolation, analysis and concentration of the stem cells in the laboratory

Collected bone marrow undergoes testing in our laboratory to find out the quantity and quality of the stem cells in it. First they get isolated and separated from side material, like white and red blood corpuscles and plasma. It’s a chromatographical procedure. For the cells that will be entering the patient has not been infected by viruses or bacteria, they are examined in sterile conditions by the GMP standards. Samples of cells were also examined to exclude possibility of them to be infected with HIV, hepatitis or cytomegalia. So you see the operation takes place only when all quality criteria have been proved to be satisfactory. In the end the cells can be injected only after their viability was cheked. This mean that there must be two million of CD34+ cells, that viability is over 80 percent.

The ways of delivering stem cells are various and the choice depends on the patient’s condition. Here they are:

Intravenous administration: The method seems to be the best because of it speed and focus. It is administered for all the neurological cases. In this procedure no anesthesia is required. Still, if necessary it can be administered.

Angiography: Angiography alleviates the direct delivering of stem cells to the hurt organ. Patient having cardiac insufficiency or diabetes mellitus get this variant of treatment for straight administration to the heart or pancreas, accordingly.

The operation is quite difficult, monitored by a radiologist, to be sure that the inserted catheter advances to the organ, where the saving command of stem cells needs to be delivered. It all goes under the local anesthesia and take one hour and a half. Later on the diabetes patient is still monitored for a couple of hours at the clinic. Ones after heart operation are supervised more serious and stay in the hospital for another night.

Instead of angiography LP administration can be applied, due to safety concerns, as a rule.

The direct injection into the ill tissue is required to preserve the maximum cell concentration for the sooner and proper effect.

The advantage of the therapy is that most of the patients have no side effects. Thus, they can leave clinic in a few hours after implantation. For sure there is a 24/7 hotline for those who have any queries after being discharged. For sure patients keep contact to their physician by e-mail or phone to look after and, if needed, to correct the process. Therefore the dose of insulin can be modified (important part of the post-operational period) and the patients get needed recommendations on their rehabilitation.